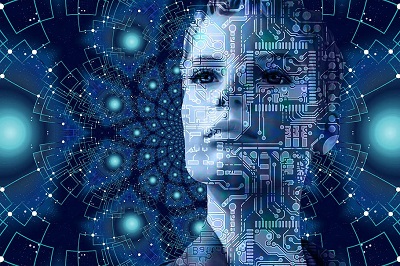 We sell things every day.

Whether it's through our websites, emails, or Zoom calls...

We also sell in our personal lives...where we do it all the time and might not even notice...

Which restaurant to go to...which movie to watch...why your kids should eat vegetables even though they taste terrible...

This all involves some form of persuasion (and kids require more than most!).

To make our work and home life go smoother, it pays to learns some persuasion skills.

Even if you've just dabbled in marketing or copywriting, then you've probably come across Robert Cialdini's book "Influence".Here's a summary of his 6 principles of persuasion. 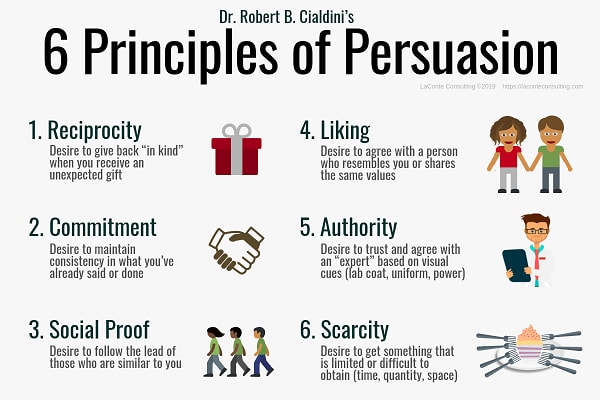 In a recent update to his best-selling book, he's added a 7th principle - "Unity".

This essentially is creating "tribes" with a common enemy / opponent "The Others" (and I had a weird Lost flashback when I wrote that).

Thanks to an abundance of WordPress templates, many websites use these principles to some degree.

These biases can change our behavior so we no longer act normally or rationally.

Knowing that everyone has these biases can improve the conversion rates on your website.

By increasing the motivation of your visitors to take action.

As I've been learning from the CXL minidegree, increasing motivation is the key to increasing conversions.

Here are 5 ways you can tap into your audience's subconscious and do just that.

If you've ever hated a song when you first heard it...but then changed your mind after hearing it again and again on the radio, at a club, or in a commercial...you've been affected by the M.E effect.

Put simply, the Mere Exposure Effect describes how we like something more the more we become exposed to it.

The "Marketing Rule of Seven" is a perfect example of how the M.E effect can help your business.

Research finds that it takes an average of 7 interactions with your brand before a purchase happens. That's why re-marketing pixels and email campaigns work so well.

Many websites also make the mistake of hiding their Unique Value Proposition - their "What's in it for me?!" - on just a home page or a landing page.

Instead, we should broadcast what makes our business special in many different places. This could be the About page, the services pages, the checkout page, PPC ads, email signatures, and throughout the customer journey.

When I was at college, I heard this great story...

There was a study of how many girls were becoming pregnant under the age of 16...

The number can back high. 8%. The chief scientist said there's no way we can go public with this, they'll be uproar.

So the other scientists got together and released another statement:

This is much better, the chief scientist said. How did you do it? Simple, said the other scientists...we added boys! 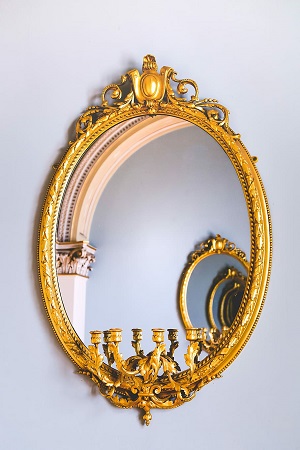 I used some poetic license, but this (loosely) follows the Framing Effect:

"Drawing different conclusions from the same information, depending on how that information is presented."

The Framing Effect is a favorite of direct response copywriters the world over.

But at less than a cup of coffee a day, you might think it's cheap!

Another direct response tactic is to reframe using the "benefit of the benefit".

This also taps into the emotional side of why we buy. For example:

Before:
This new computer chair is designed to reduce your back pain.

After:
This computer chair helps you work quicker and in more comfort. It's especially designed to caress your back and...

The Bandwagon Effect was made famous by Barney Stinson in the hit show, "How I Met Your Mother". I'll let Barney describe exactly what it is:

For those who'd rather not watch the video (or hate Barney - which I get) here's the scientific summary of The Cheerleader Effect:

"The tendency for people to appear more attractive in a group than in isolation".

The obvious beneficiaries of The Cheerleader Effect are dating sites that use group shots to entice people to sign up.

However, there are ways this bias can be used on regular websites, too.

One way is to group testimonials together. You should already be using headshots to create more trust.  Grouping these can make your message seem more attractive.

Noticed other websites in your space using a group photo on their "About" page? Perhaps you do, too?

This is a great example of The Cheerleader Effect at work...

The reason why the co-founder Mark Meyerson choose this name is very interesting...

Back in the 1950's, Betty Crocker first started selling instant-cake mixes. The new product was a flop. So, they went back to the drawing board...

The recipe would only be complete if people add an egg to the mixture.

The IKEA effect is similar to this in principle.

"The tendency for people to place a disproportionately high value on objects that they partially assembled themselves".

Scientific experiments repeatedly back up this theory.

A 2011 study found that participants were willing to pay 63% more furniture they had assembled themselves rather than the equivalent pre-assembled items.

The IKEA Effect needs people's input in some shape, form, or fashion.

It can be seen a lot in the "Custom Made" space where websites let users "Mix 'N Match" the products or services they require.

Examples of this are t-shirts, sports uniforms, and custom PCs.  For the latter, research shows people pay more than if they bought a standard machine with the same specs.

The IKEA effect is also effective for Saas products trials / Freemiums  or anywhere where you can modify the standard settings in any way.

Once the trial's over, you'll lose your unique dashboard, all past data, and your unique settings (which also taps into the Loss Aversion bias).

Signal that you're part of their group and the members will treat you differently.

This is called "Ingroup Bias", and as Wikipedia explains it's: 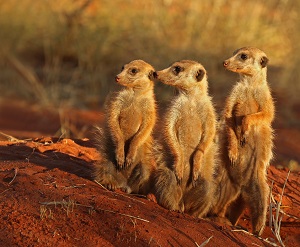 "The tendency for people to give preferential treatment to others they perceive to be members of their own groups."

This links back to Cialdini's 7th persuasion principle of Unity, or what I like to think of as "The Tribe"

Scroll up to the top of this article (or click here) and you'll see I've used this hack in my very first sentence.

"We sell things every day."

I wanted to create a feeling of unity and for people to "see themselves" in my copy.

This displays empathy. That you really get your audience. You feel their pain, share their aspirations, and can position yourself as a guide to help them.

You can use ingroup bias to sell your product or service but mentioning how many people just like you have already signed up. For example:

Sell To One = Sell To Many

People love joining groups around common interests. You only need to look at the sheer number of Facebook groups for proof of this.

One they're in their group (or tribe) it's MUCH easier to come up with offers, write copy, and convert them.

That's because when you write for one member - you write for all of them. And it's also why it's a good idea to segment your email list into tribes (aka "buckets") too.

If you like the theme of this week's article, you should check out the video below - 5 Neuromarketing Hacks to Dominate Your Niche.

This video was part of CXL Institute's "Intro to Neuromarketing" module.

It was the inspiration for this article and gives more examples of how eCommerce stores should use cognitive biases to their advantage.

Scroll back to top